SMD is a surface mount device. In the initial stage of electronic circuit board production, the via assembly is completely completed manually.

The requirements of different assembled products are different, and the conditions of assembling equipment are also different, so it is important to choose a suitable assembly method. The SMD assembly process refers to the process in which SMD components suitable for surface assembly are placed on the surface of the printed circuit board according to the design of the circuit, and then assembled by soldering processes such as flow soldering or wave soldering.

Ⅱ. How to assemble SMD?

(1) Paste first, that is, first mount the SMD on the B side (welding side) of the PCB, and then insert the THC on the A side.

(2) Post-attachment method is to first insert THC on the A side of the PCB, and then mount the SMD on the B side.

SMD and THC can be mixed and distributed on the same side of the PCB. At the same time, SMD can also be distributed on both sides of the PCB. Double-sided hybrid assembly adopts double-sided PCB, double wave soldering or reflow soldering. In this type of assembly method, there is also a difference between first and second SMD. Generally, it is reasonable to choose according to the type of SMD and the size of the PCB. Usually, the first method is more. There are two common assembly methods for this type of assembly.

(2) Different side ways of SMD and FHC: put the surface mount integrated chip (SMIC) and THC on the A side of the PCB, and put the SMD and small outline transistor (SOT) on the B side. 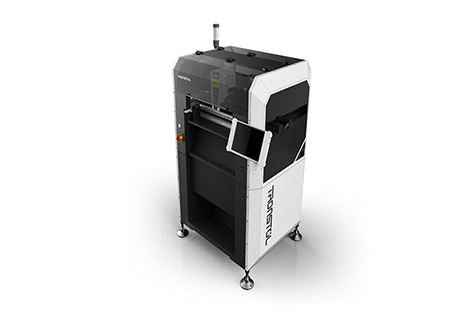 The Advantage of Tronstol A1 mounter machine-(1) 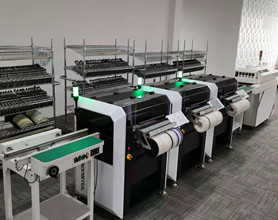