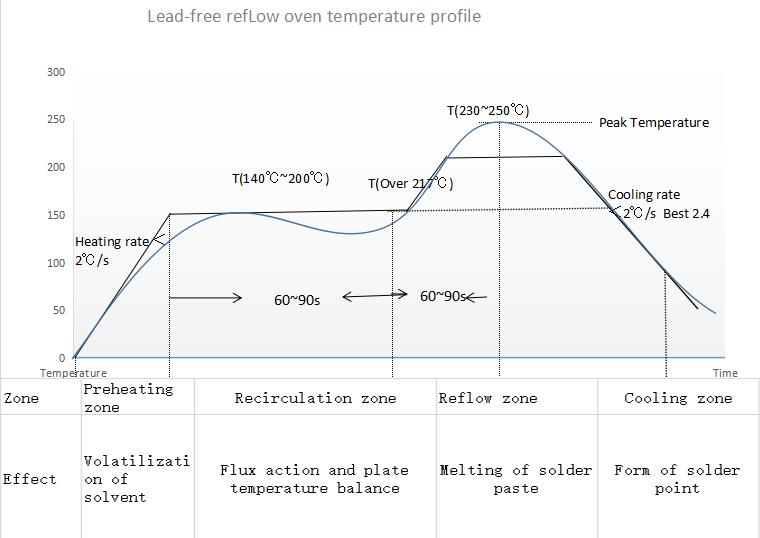 The purpose of this area is to heat the PCB at room temperature as soon as possible to achieve the second specific goal, but the heating rate must be controlled within an appropriate range. If it is too fast, the thermal shock will occur, and the circuit board and components may be damaged and too slow. The solvent volatilization is insufficient, which affects the welding quality. Due to the faster heating rate, the temperature difference in the latter section of the SMA is larger. To prevent thermal shock from damaging the components. Generally, the maximum speed is 4°C/S. However, the ascent rate is usually set to 1~3°C/S. The typical temperature rise rate is 2°C/S.

In this paragraph, the lead-tin powder in the solder paste has melted and fully wetted the surface to be connected. It should be cooled as fast as possible, which will help to obtain bright solder joints with good appearance and low contact. angle. Slow cooling will cause more decomposition of the circuit board into the tin, resulting in dull and rough solder joints. In the case of the end, it can cause poor soldering and weak solder joint adhesion. The cooling rate of the cooling section is generally 3~10°C/S, and it can be cooled to 75°C.